/!\ The Silver Mine is closed during the winter due to snow. It is however possible to organise a guided visit for a group of 10 or more participants. Please ask for more information if you are interested.

Open to the public from the spring (April) until the end of the autumn (end of October) depending on the snow; Reservations are strongly advised

The silver mines in the Fournel valley have been open to the public since 1992 for guided tours. Important renovation of the mining site and extensions of the visitor circuit have enabled an increase in the number of visitors, with a maximum of  10 000 visitors per year reached in  2015. To this day, more than 150 000 people visited the Fournel mines.

It has been intensely studied, thanks to archeological and historical works. The mine has become a major touristic attraction, on a national scale.

The tour begins at the Mines’ Museum (film and exhibition area). Visitors then travel to the Fournel gorges by vehicle (10mn). Out of season, visitors use their own vehicle or a provided shuttle (on request for groups and schools).
During the peak season (July and August) there is a shuttle bus due to the shortage of parking in the gorges.
To reach the mining site located at the bottom of the Fournel gorges, visitors descend a mountain path with an 80m drop, which has to be climbed after the underground tour. The tour is not suitable for people with poor health or who have walking difficulties. Helmets are provided before the underground part. There are informative signs explaining the surface of the underground digging and the surface buildings.

The underground tour is 600m long and goes through two exploration levels.

The Rebaisse gallery was the main level of the 19th century’s mine : here we can discover adits dug with explosives, cavities  where ore veins could be 4m thick, and the machine room with the pump and the winch system. In the medieval galeries we can see the ancient rooms created with the use of fire, where the miners advanced very slowly, less than 5m per year ! 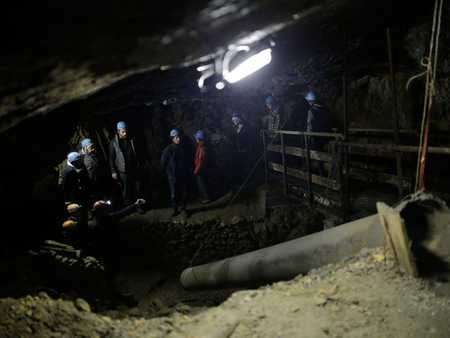 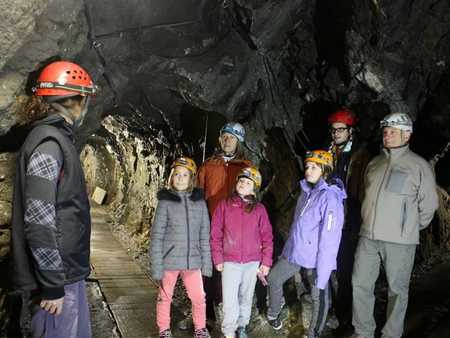 The guided tour takes 2 hours , with 1 hour inside the mine.
However, it is best to allow  2,5 to 3 hours in order to visit the museum and watch the film (20mn long). 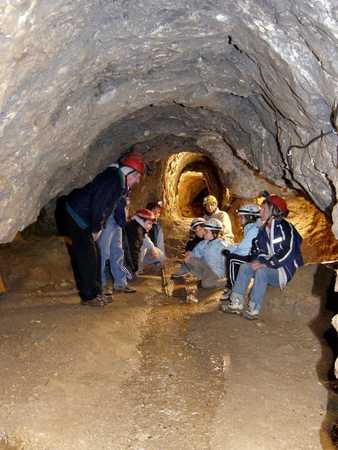 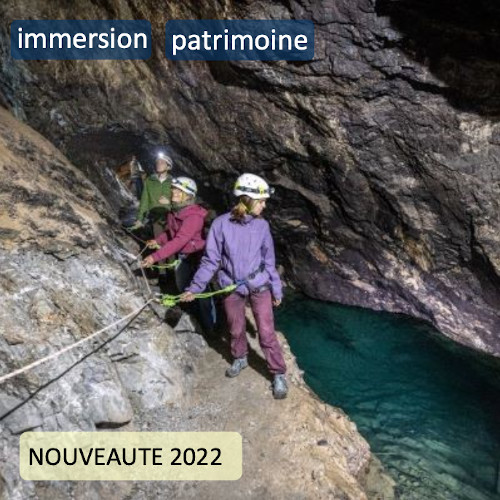